Topshop seemed finished, the end of an era. For all that was unethical about the fast fashion giant Topshop, it was actually helping to bring about some ethical changes to an outdated industry. Here we review what Topshop was doing to be ethical in 2020 so we can learn from their mistakes.

Was Topshop ever an ethical Retailer?

Over recent decades, Topshop made headlines for all the wrong reasons, with allegations of labour abuses, unfair wages and dangerous working conditions.

But was Topshop ever ethical?

What was Topshop doing to be Ethical in 2020?

As a giant of fast fashion, there are many ways in which Topshop and Topman were trying to be ethical in 2020.

Through partnerships with third party organisations such as the ACT Initiative, the International Labour Organisation (ILO), and IndustriALL, Topshop were ensuring that minimum ethical standards were met. On top of this, they also conducted regular audits of overseas supply factories, ensured a strict Code of Conduct is upheld, and prevented anti-slavery practices from suppliers and sub contractors.

This all sounds amazing (and it would be a very short article if it were that simple), however Topshop had a long way to go until they could be considered an ethical brand.

Throughout the rest of this article, we will explore what Topshop were doing to be a more ethical company, and where they were failing. Topshop required all tier one factories they use to have a valid 3rd party ethical audit conducted on a semi-announced or unannounced basis.

If an issue is found which classified as serious, all orders from the factory were halted until the issue had been resolved. However, to classify as serious enough to cease trading meant failing to uphold the most basic human rights, such as not paying a minimum living wage, locked fire exits, or failing to provide a valid business licence.

In 2017/18, of the 924 factories who submitted an audit, 61 red graded non compliances were located, all of which were resolved before future orders were made.

Does Topshop use sweatshops?

Topshop’s Code of Conduct strictly prohibited the use of sweatshops or forced labour, and demanded that a fair living wage was paid to all workers, one that provided enough to cover all living expenses plus having discretionary spend leftover. 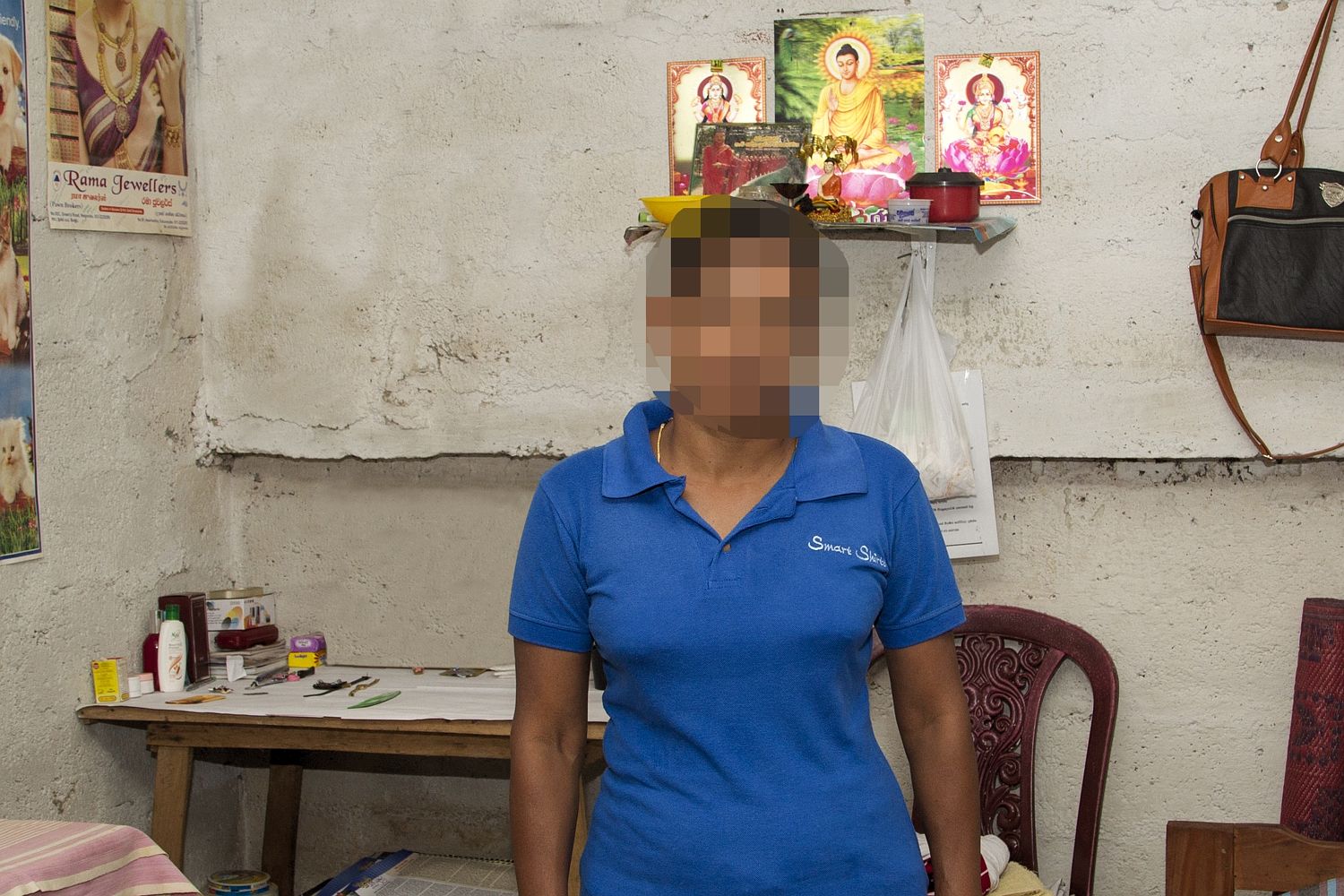 However, you don’t have to look far to find allegations of sweatshop conditions in the past. From the early 2000s through to allegations against Topshop x Beyonce’s Ivy Park collection in 2016, there have been a number of accusations thrown at the retailer.

This doesn’t necessarily mean that sweatshops are still used, however if past performance is anything to go by, it likely suggests that it was only a matter of time until another sweatshop allegation was revealed. 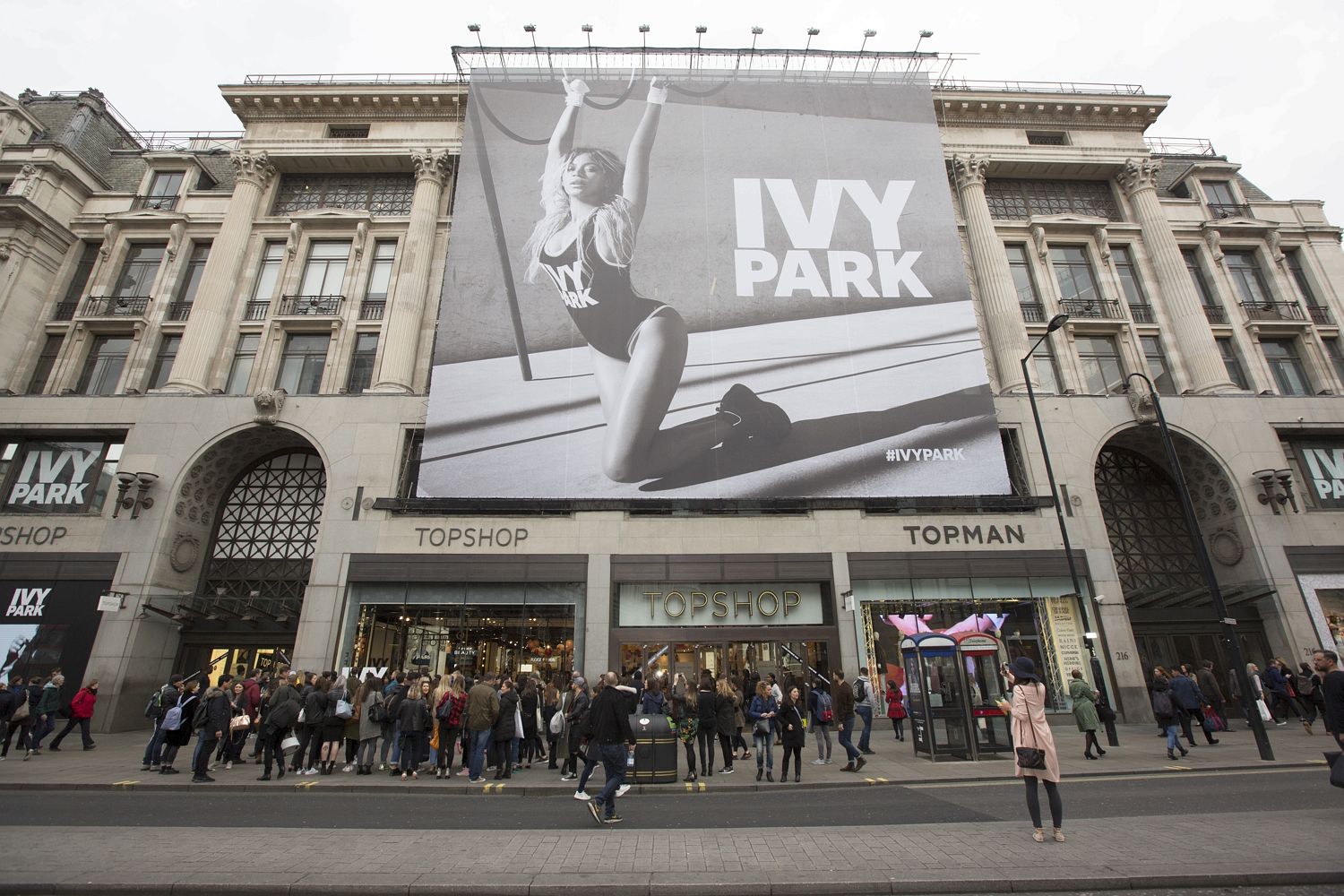 image: The Sun
Is Topman ethical?

Topman and Topshop are one part of a wider agenda working towards a number of ethical trade priorities.

Through its parent company, the Arcadia Group, Topshop was a signed member of the ACT initiative, a collaboration between brands and the Global Union Federation IndustriALL.

Through this agreement, Topshop and Topman recognised that all workers throughout their supply chains should expect a living wage which provided enough for food, water, basic requirements, and left some discretionary income without having to work overtime.

The ACT initiative (Action, Collaboration, Transformation) is the first global agreement of its kind, created to unite international brands and retailers, manufacturers and trade unions behind one cause, addressing the issue of living wages in the textile and garment industry.  Arcadia Group’s transparency and Topshop’s ethical improvements

An area where clear progress had been made over recent years was the transparent publishing of all tier one manufacturing sites (i.e. sites where the final product are manufactured). By making this information publicly available, greater transparency and accountability is promoted throughout the garment industry.

This progress has been recognised within the fashion industry. According to the Fashion Transparency Index, Topshop increased their transparency score from 21-30% in 2018-2019 to 31-40% in 2020, scoring 38%. This is proof that small steps in the right direction are being made. Ultimately, Topshop is still a fast fashion retailer focused primarily on making low quality clothes that will only last one season.

After a short period, an item of clothing purchased from the retail store will either become out of fashion or start to deteriorate, requiring the shopper to return to the store to buy the latest trend. By definition, these short lived pieces make Topshop a fast fashion retailer.

Topshop had made progress by banning known risky materials, such as cotton from Uzbek or Turkmenistan. Suppliers and factories were instructed to avoid using these materials in their garments due to concerns that it involved child labour during cotton harvesting as well as poor agricultural practices.

When it comes to charitable donations, the company did seem to be pulling its weight. They offered employees a Workplace Giving Scheme, which helped increase any employee’s fundraising irrespective of cause by awarding 10% of the total raised up to £300.

In addition, 1,180 employees joined a payroll giving programme, in so doing provided a regular donation from their monthly salary.

It is nice to see that unsold clothes were donated to charities, namely TRAID, Goods for Good, Smart Works and Norwood.

Each brand in the Arcadia Group had its own charity of choice. For example, to celebrate Pride 2018, Topshop helped curate an exclusive collection of branded T-shirts featuring original artworks from 5 young LGBTQI+ artists. 40% of the profits went to a charity tackling homophobic and transphobic bullying in UK schools, over £16,000.

Another example is Topman’s contribution of £20,000 in 2018 for CALM (Campaign Against Living Miserably), which aims to prevent male suicide in the UK by offering support to men of any age who are in crisis.

Where does Topshop get their clothes from?

Topshop had a good understanding of its immediate tier 1 supply chain, those who manufacture the finished product. They had successfully tracked 95% of these tier 1 suppliers, with the majority of goods being manufactured in China, Turkey, Vietnam, India and Romania.

20 suppliers provide over half of goods sold in store, however in total Topshop had 663 suppliers who in turn worked with 975 factories. A full factory list can be found here.

By making their suppliers publicly available, Topshop is allowing a transparent review of who they work with, enabling NGOs and local communities to discover whether any potential human rights or environmental issues exist.

We took a deep dive into Topshop's sustainability here, looking into their Considered Collection created in 2018 with the ambition to bring sustainable materials and circular thinking into the brand, it truly is a breath of fresh air. Where do Topshop get their materials?

However, Topshop could only trace between 1-25% of the suppliers of raw materials used to make their clothes. This means that the farmers and factories which grow and manufacture the fabrics are largely forgotten.

This is similar to other fast fashion giants such as ASOS, and means that Topshop’s labour policies were somewhat less impressive when reviewing the producers of these raw materials. Topshop’s ethical plan for the future

It was very clear that they were purchasing a lot of their raw material blindly.

A critical comment has been made by a study in the Tailored Wages report which admits promises by fast fashion retailers can often be hollow.

It finds that the vast majority of the top high street brands in the UK in 2019 have lofty goals, verbally committing them to paying wages to meet workers basic needs, but few of them had benchmarks to measure if the wages paid were enough, as well as having ways to check what suppliers were actually paying. This included Topshop, stating ‘the brand can show no evidence of a living wage being paid to any workers’.

Topshop certainly made progress over recent years towards becoming an ethical brand. Requiring audits, partnering with organisations such as ACT and IndustriALL, and setting strict rules to follow in their Code of Conduct are all positive steps in the right direction.

However there is still much work that needed to be done before you could call them an ethical retailer.

If you want to read about Topshop’s attitude towards the environment, a review on Topshop’s sustainability can be found here… unfortunately it is a little less convincing than their ethical agenda.

In comparison, a review of Topshop’s competitor ASOS can be found here. We have also written about Topshop's attitude towards animal welfare, exploring whether Topshop is a cruelty free brand.

Do leave a comment below and let us know your thoughts on Topshop's ethical progress.